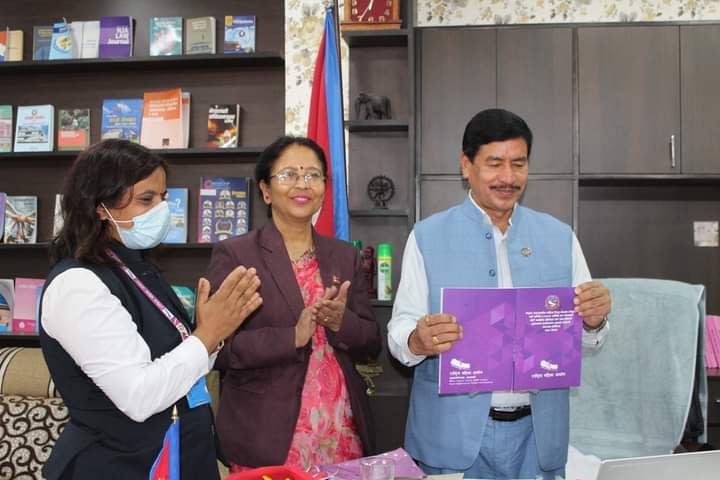 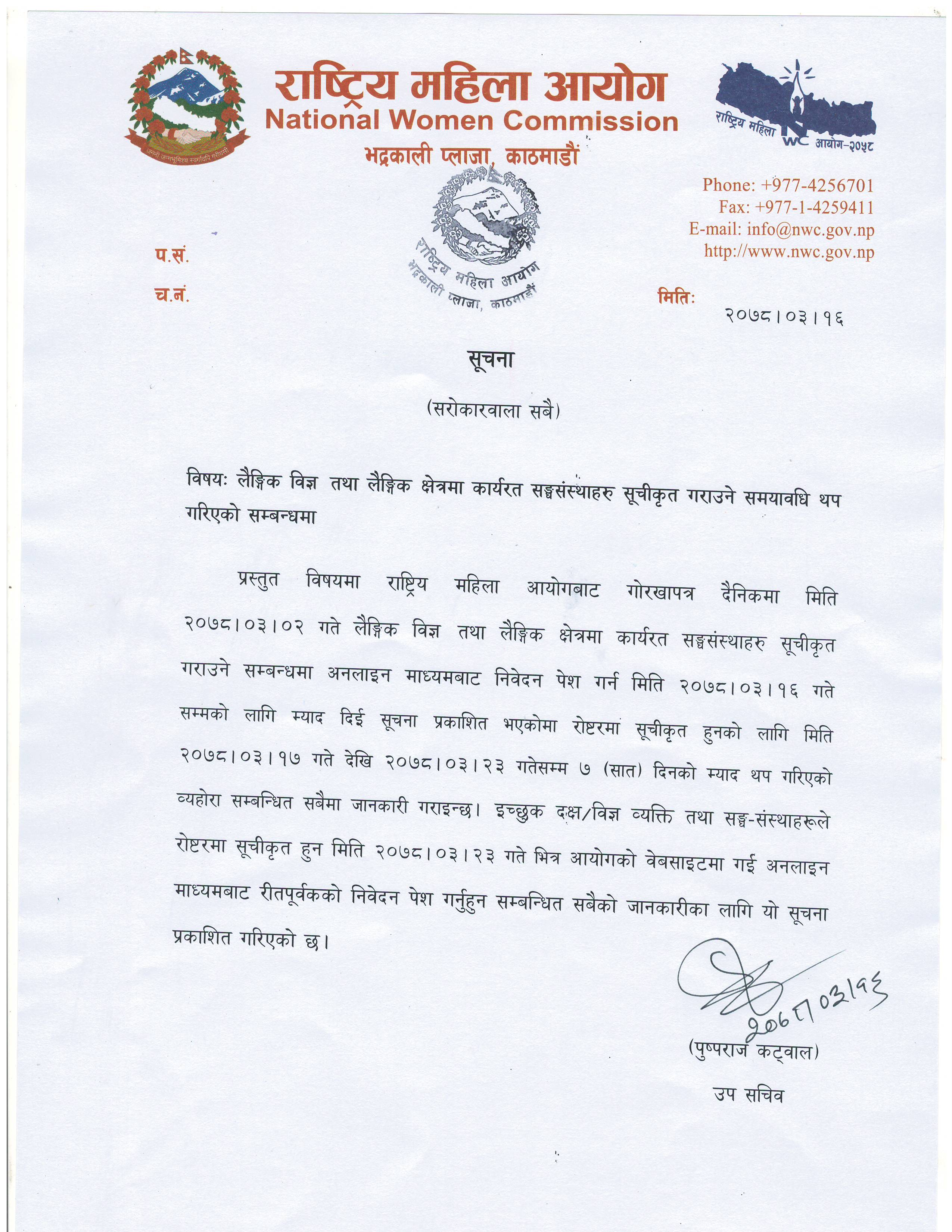 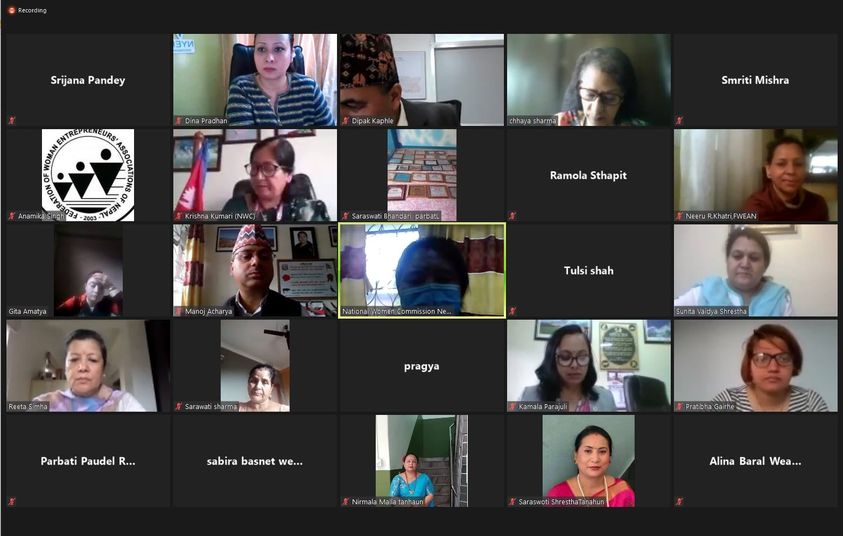 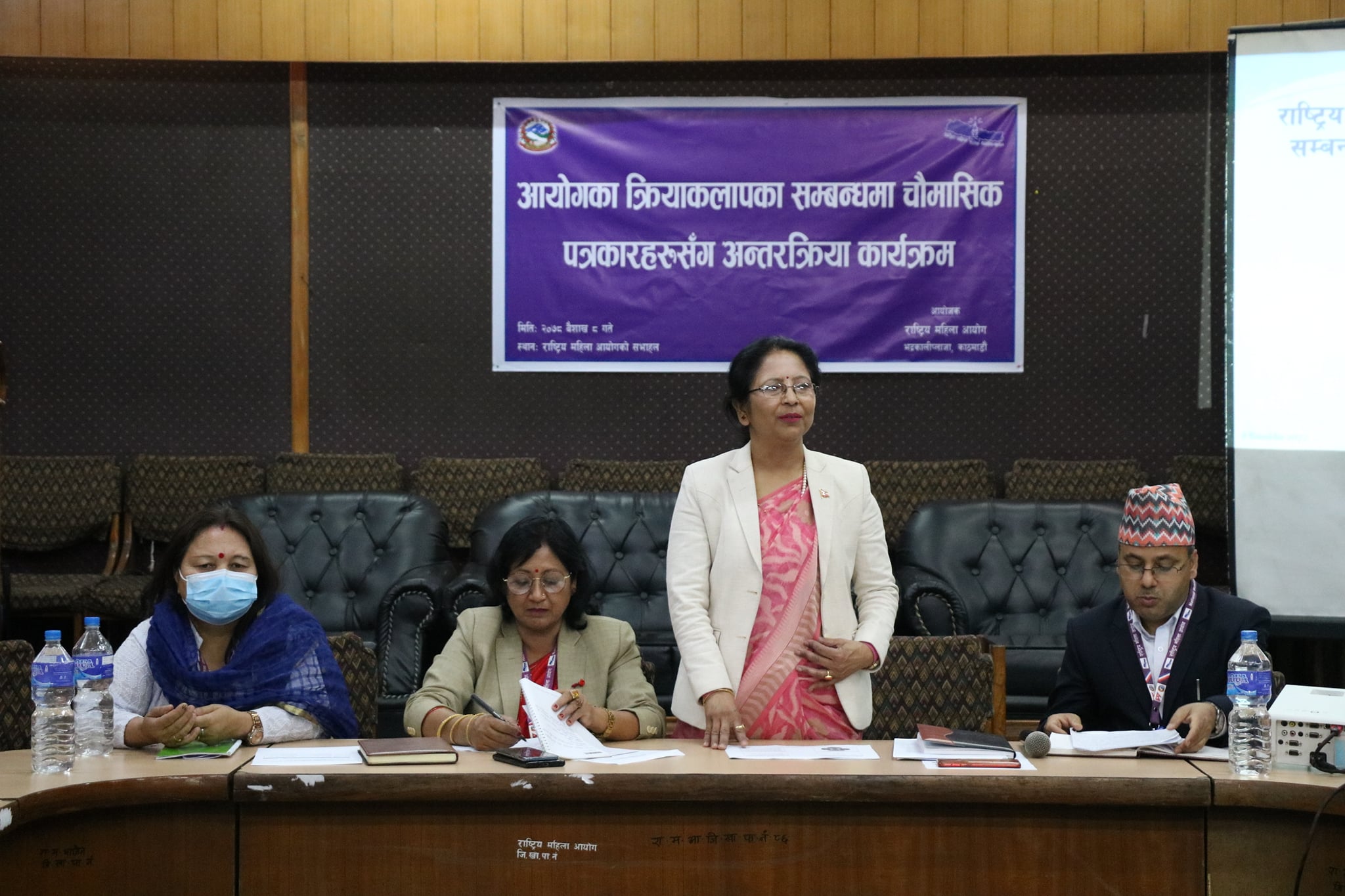 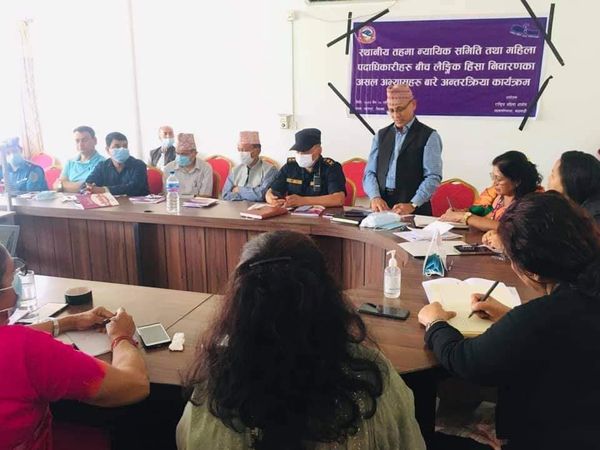 NWC organized an interaction program with members of the Judicial Committee at Bharatpur, Chitwan on April 10, 2021 (Chaitra 28, 2077). 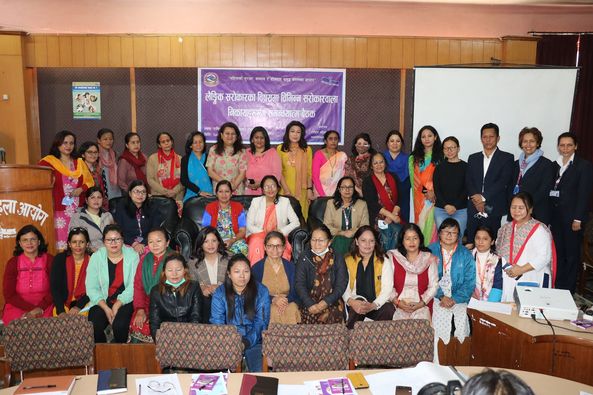 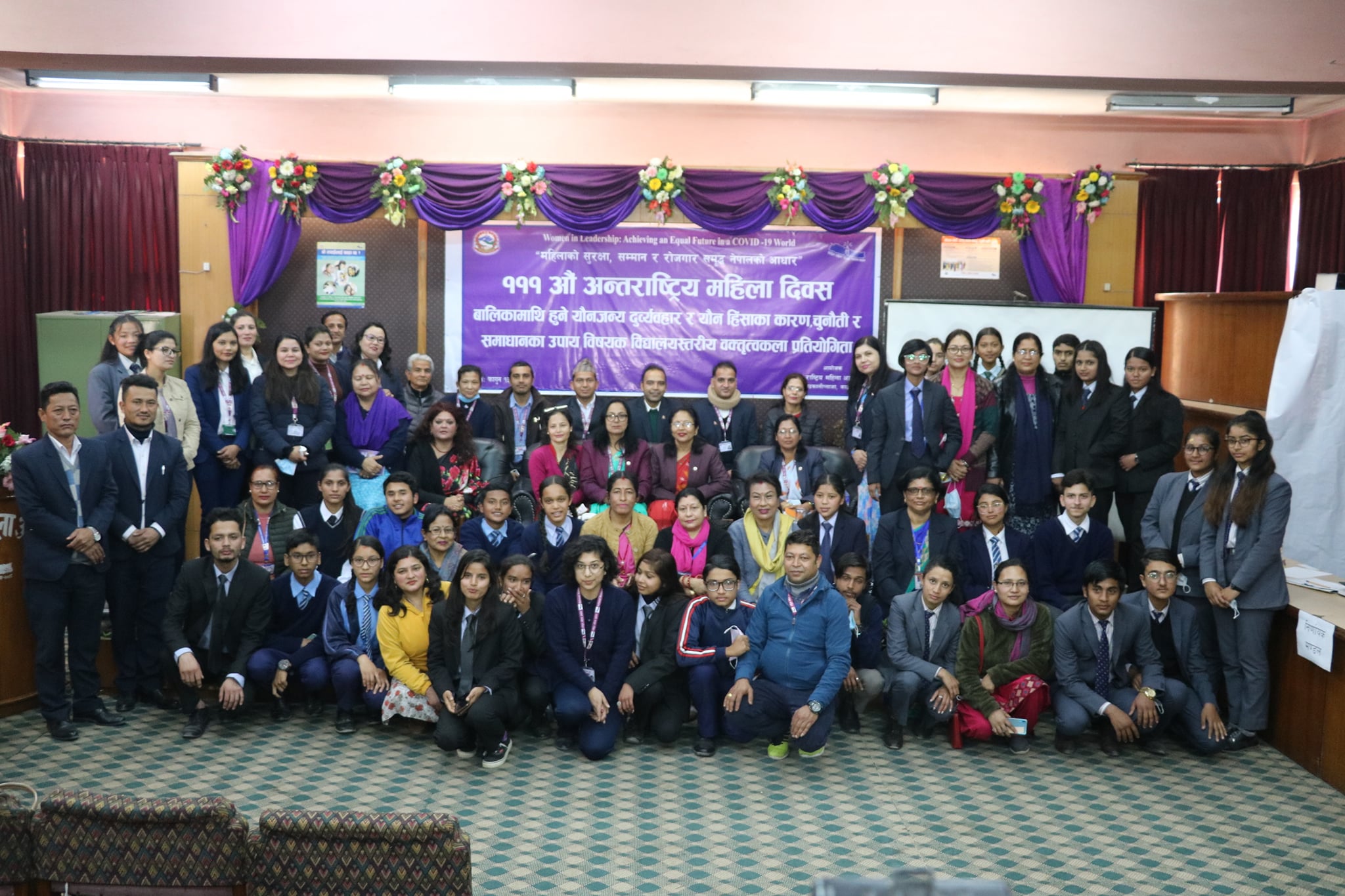 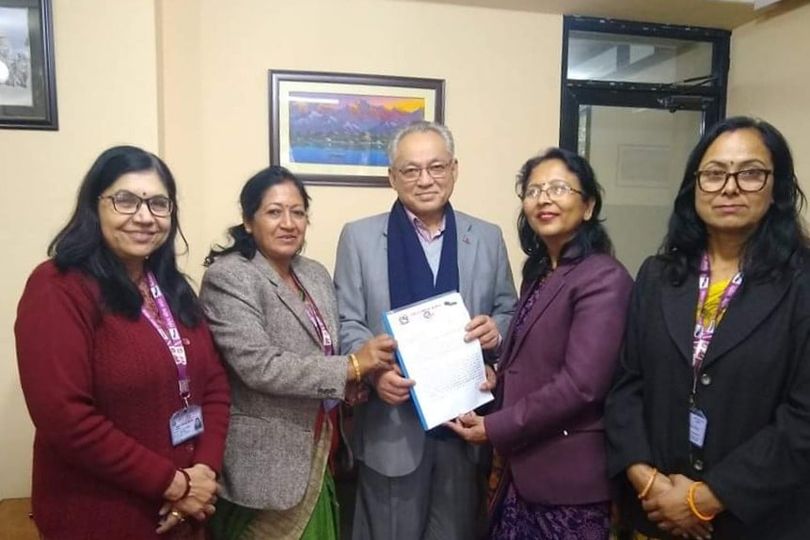 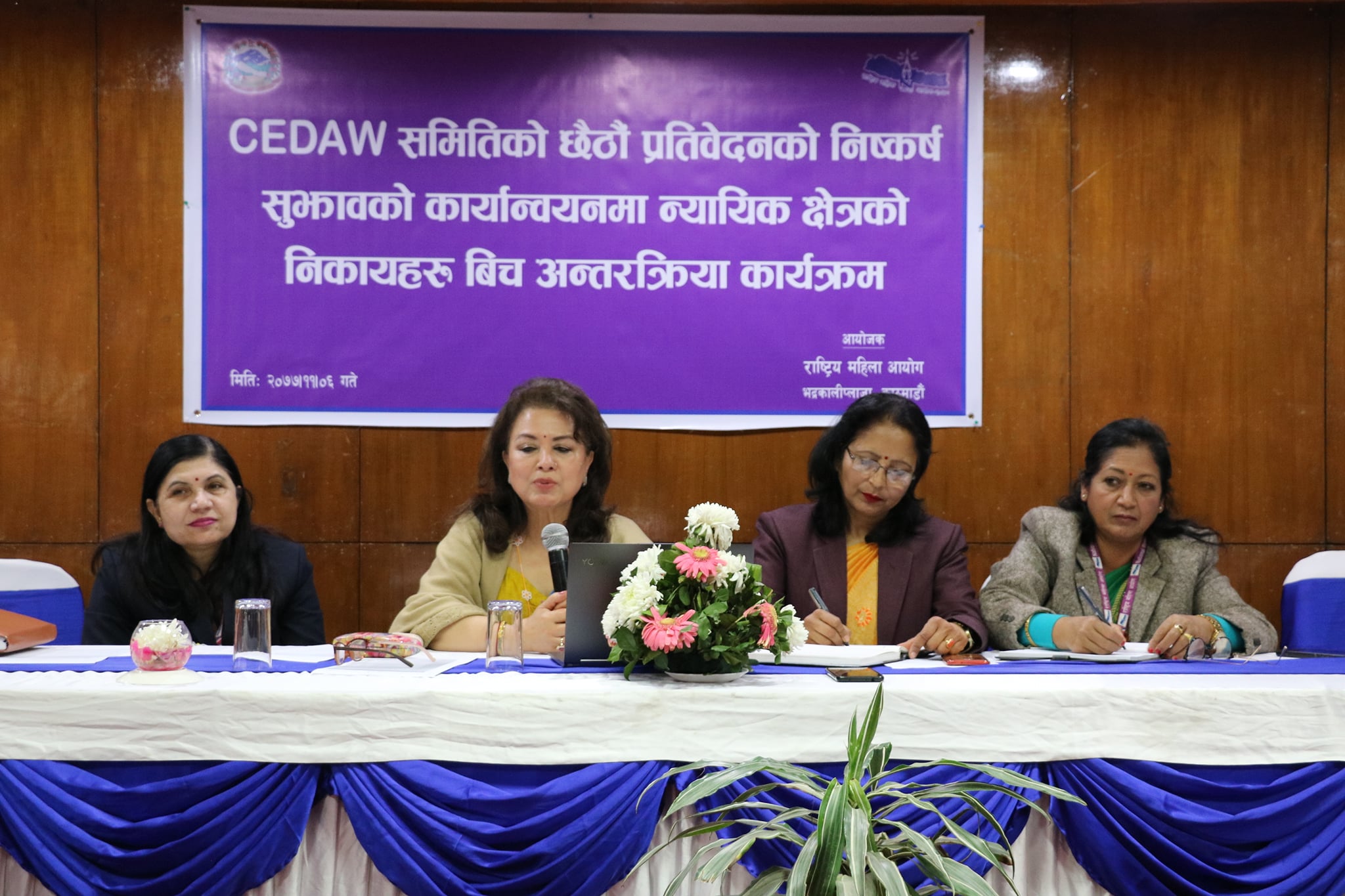 Please go through the following link to get the media coverage of National Women Commission... Please go through the following link to reach out the First Lockdown Report ( Chaitra, 2076-Baisakha 2077) published by National Women Commission. Plus two students from various community colleges compete in an on-the-spot essay competition organized by National Women Commission (NWC) in collaboration with Education Development and Coordination Unit, Kathmandu on the occasion of 18th anniversary of NWC and 2nd anniversary of 1145 Helpline. At the completion of the second anniversary of the launch of NWC Helpline 1145, NWC and Institutional Heald of the development partners convened to share the findings. Mr Deependra Kafle, Secretary of NWC started the session with his opening remarks highlighting the impact that the helpline had. Since its launch, the helpline has received 9,801 case services.

Mr Faris Hadad-Zervos, World Bank Country Manager for Nepal, said that the work done through the helpline is the most important for Nepali people. He also shared that World Bank is proud of what has been achieved, but that the journey is a long one.

Ms Jaya Sharma, Senior Social Development Specialist, shed light on the helpline mechanism, the progress so far, and key challenges. It prompted a discussion with the partners about how to make it sustainable in the coming days.

NWC and development partners discussed on the restraints and opportunities in making 1145 helpline sustainable and agreed that the momentum of taking the fight against gender-based violence should not be lost. 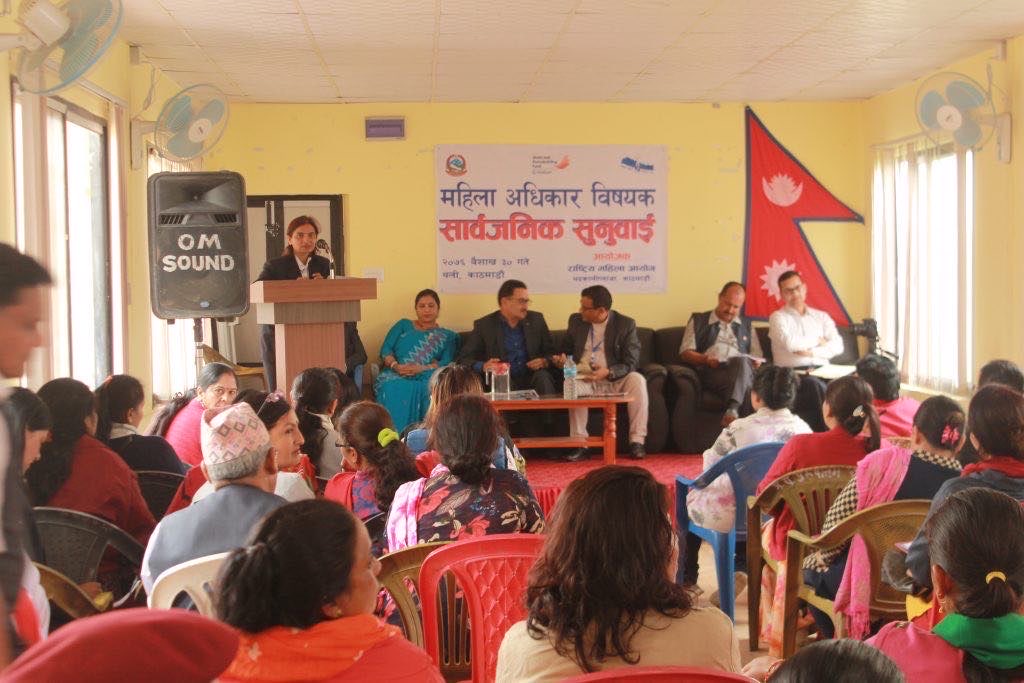 Four trucks crossed into Nepal on the day the trade point opened, and since then, just one more truck carrying wool has arrived, according to Nepali traders.

Local traders who spoke to the Post pointed to a host of unresolved issues--numerous restrictions imposed by the Chinese, a lack of protocol for trade, the poor condition of connecting infrastructure, and a shortage of logistics--for the poor showing of what was once Nepal’s second largest trading point, with hundreds of trucks crossing over every day.

“The Chinese side has placed stern regulatory measures, even when goods are imported from Khasa,” said Hem Rawal, president of the Nepal Foreign Trade Association.

Nepali workers transferring goods from Chinese trucks are now expected to don Chinese uniforms, said local officials. Traders, too, say they have been barred from opening offices across the border with Nepali importers required to contact Chinese exporters on mobile phones or online to ascertain the time at which the goods are being shipped across the border.

However, government officials said that the border is functioning better than what’s been reported.

“At least four trucks are crossing the border every day,” said Kedar Bahadur Adhikari, secretary at the Ministry of Industry.

“Just a single business-related movement has taken place since the border point was reopened,” Sang Dorje Sherpa, chairperson of Phulping Katti ward of Bhotekoshi Rural Municipality, told the Post over the phone.

“On May 29, some ministers and leaders opened the border point. They went to Khasa, had lunch and returned with a token of love from the Chinese,” Sherpa said. “Since that day, one truck laden with wool arrived at the border point. That truck has been at the Tatopani dry port for the last 20 days due to a lack of documents.”

Tatopani-Khasa is one of the main land routes for trade with China. Upon a request from Nepal, the border point had been reopened and handed over on May 29, after being closed for four years following the 2015 earthquakes.

Along with the border point, the Chinese side had handed over the reconstructed Miteri Bridge, Kodari Highway and Tatopani dry port to Nepali authorities.

This time, however, the movement of goods and cargo is being strictly regulated by the Chinese while the Nepali government does not appear willing to comply with the new regulations.